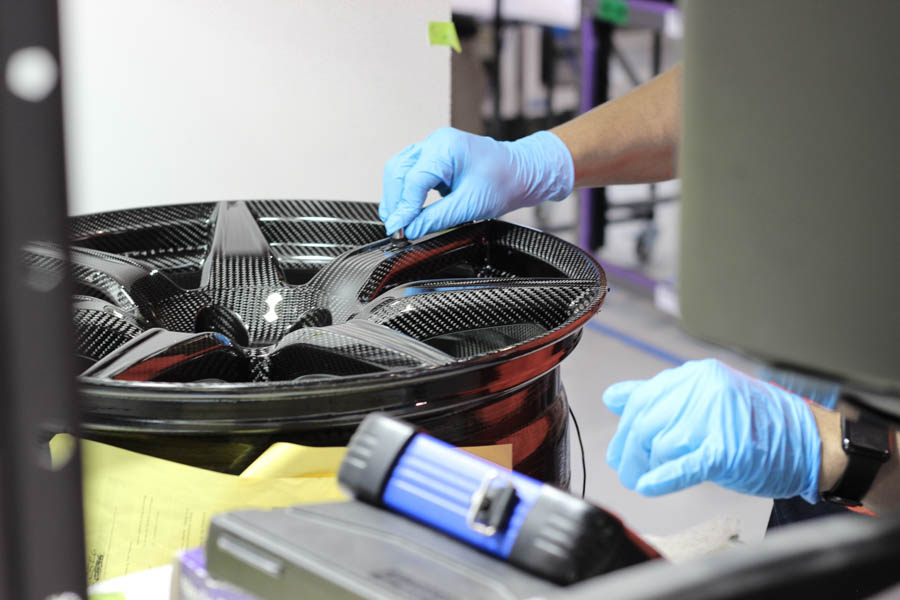 Hagerty Media’s Jack Baruth sat down with Carbon Revolution founder and CTO, Dr Ashley Denmead to get some insight on the company’s carbon fibre wheels. Below is a summary of Jack’s top five insights from the discussion.

5. Thermal Barrier Coating protects them from overheating, but not all wheels need it

The weight and speed of the GT500 Mustang meant that its carbon fibre wheels were going to be exposed to massive heat loads from brakes. Knowing that resin is sensitive to heat, Carbon Revolution fits a special thermal barrier to the inside of GT500 front wheels. This coating reflects heat and keeps the wheels out of the danger zone.

But the Ford GT is lighter and doesn’t work its front brakes nearly as hard. That means there’s no need for a thermal barrier on its Carbon Revolution wheels.

4. Even if they were to overheat, results are “anti-climactic”

When you get the wheels way into the hot zone, the epoxy in the wheel barrels softens and… the tyres slowly begin to lose air. Kind of anti-climactic, if you ask me. 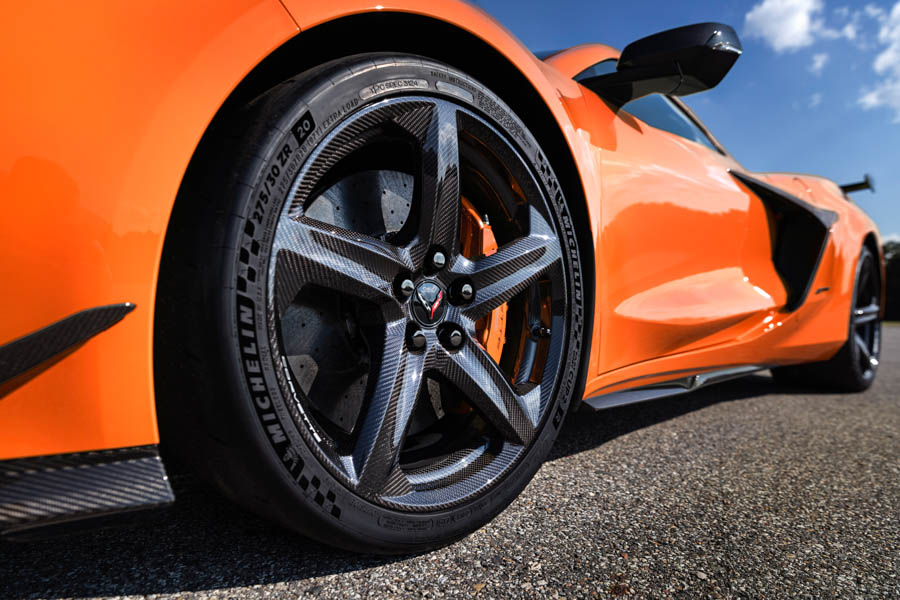 3. They’re built more robustly than most other carbon fibre products to ensure safety

There’s a reason that Carbon Revolution wheels aren’t as fragile as the first generation of carbon-fibre downhill mountain bikes: they’re wrapped a hundred layers or more thick in high-stress areas, up to a quarter-inch thick – the same amount of layering used in a carbon fibre F1 safety cell.

Since a reduction in wheel weight pays so many dividends, from acceleration to fuel economy to ride quality, there’s pretty much no vehicle segment that won’t benefit from using carbon wheels. It’s just a matter of cost. While the company has recently sold its 50,000th wheel, Denmead says Carbon Revolution is planning disruption on a larger scale as it expands and automates its factory. 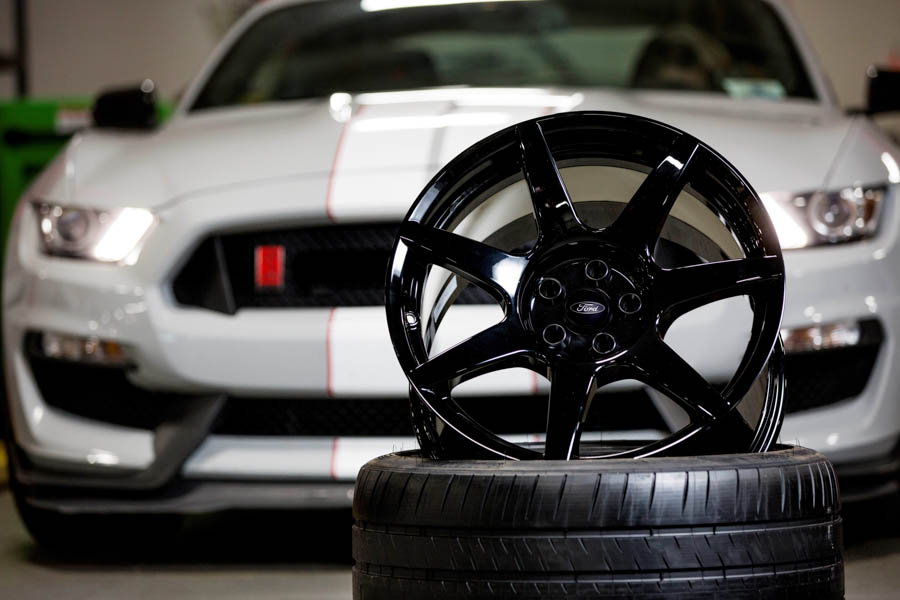 1. Improved resins mean the weave can be exposed

After the Ford GT350R wheels were released painted (above), Denmead’s crew employed new UV-resistant resins so that subsequent wheel designs could expose the carbon fibre weave, and soak up the sun.