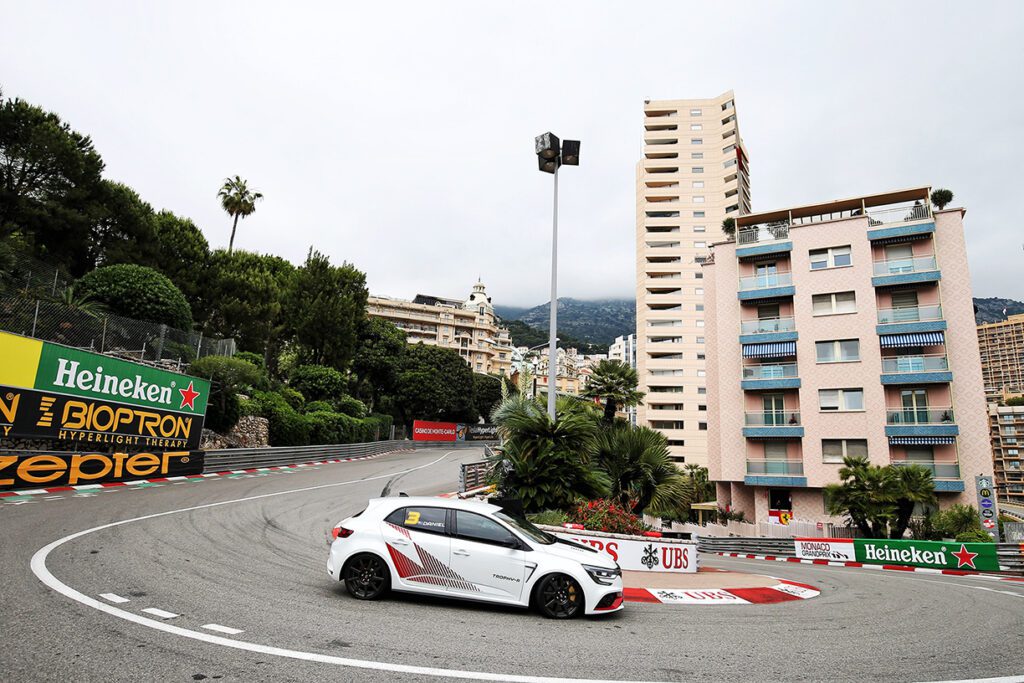 Renault recently announced the introduction of the Megane RS Trophy-R. Based on the Megane RS Trophy, the ‘R’ version is a more race-prepared vehicle, equipped with the same 220kW (300hp) engine but with improved aerodynamics and a significant weight reduction. The new model’s prowess was recently proven after setting a FWD production car record on the famous Nordschleife. It clocked a time of 7’40”100 on the 20.6km (12.8-mile) lap, and a 7’45”389 reference time on the entire official lap. 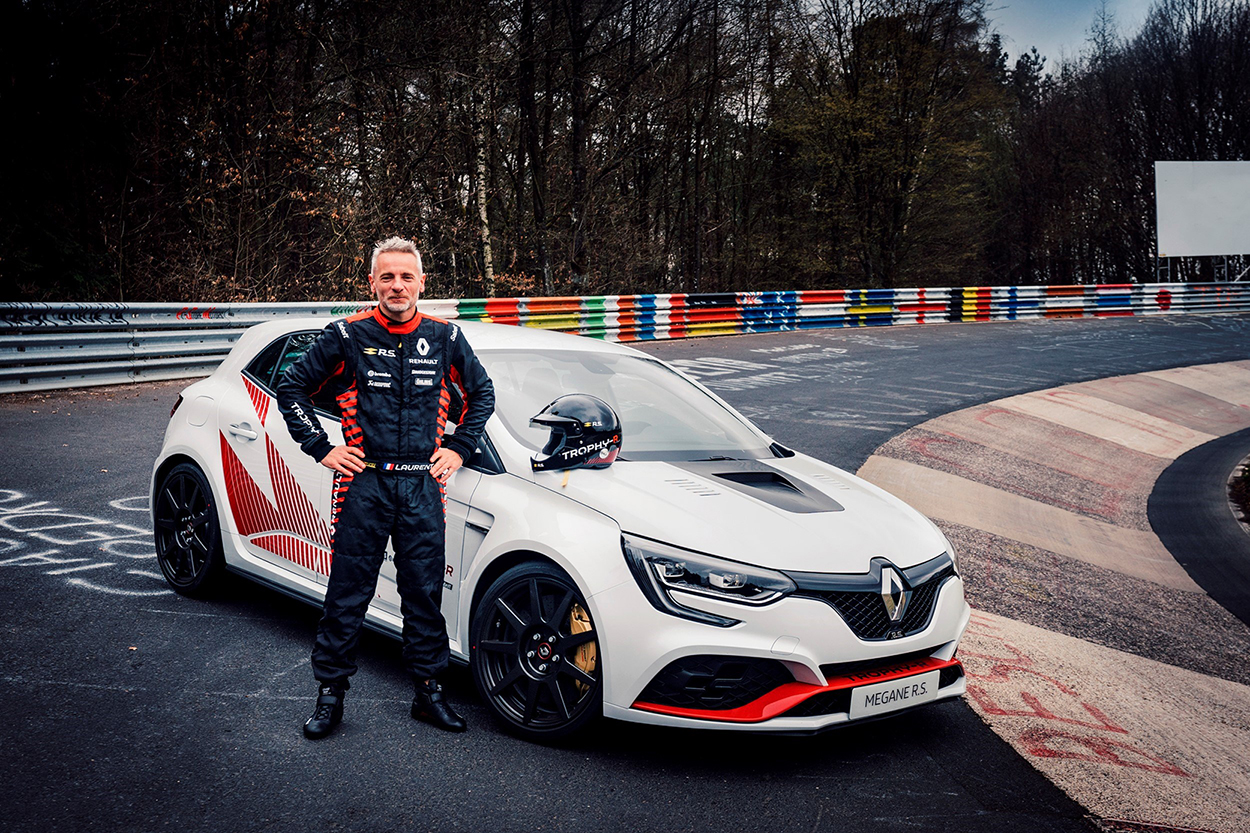 The Megane RS Trophy-R is equipped with one-piece Carbon Revolution carbon fibre wheels, which are part of a raft of updates that allowed the hot hatch to set its blistering lap times.

Renault has a long history with the Megane RS at the Nürburgring. It started in 2008 with the Megane RS R26.R, which completed the lap in 8’17”. That time would be chiseled away with successive models, culminating in the latest 7’4.1” lap set in May 2019. 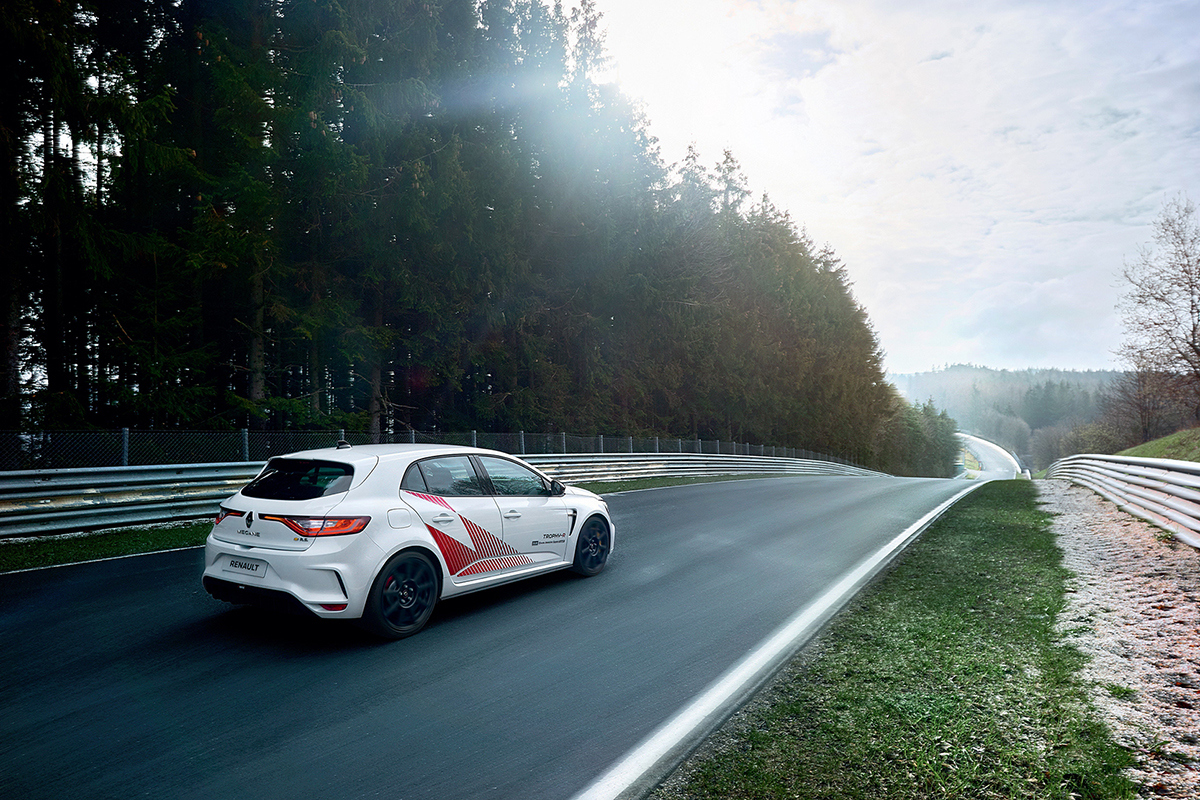 The car will be available at the end of 2019 as a limited edition of a few hundred units. It made its public debut at the 2019 Formula 1 Grand Prix de Monaco, when Renault F1 Team drivers Daniel Ricciardo and Nico Hülkenberg drove the Megane RS Trophy-R on the legendary street circuit.

The Megane RS Trophy-R was developed in a very short time by a small, dedicated team that focused on three aspects: maximum weight reduction, reworked aerodynamics and a more radical development of its drive axles. The overall weight saving is up to 130kg (286 lb) compared to the Megane RS Trophy (excluding options) and the Australian-made Carbon Revolution CR-9 wheels were a component in the overall weight loss program. They also contributed to the dynamic performance, which helped the car to set its lap record.

Carbon Revolution creates the world’s only truly mass-produced one-piece carbon fibre wheel at its manufacturing facility in Victoria, Australia. To achieve this feat, it has pioneered an entire production process to ensure extremely high and consistent construction standards. The company’s internal engineering has focused on creating a lightweight product with unmatched levels of rigidity. In addition to weight and fuel savings, Carbon Revolution wheels, such as the CR-9 used by Renault, offer improved steering precision as well as superior braking and suspension performance compared to conventional aluminium wheels. Carbon Revolution carbon fibre wheels are chosen by vehicle manufacturers that are looking to achieve overall performance benefits traditional metal wheels are unable to offer.