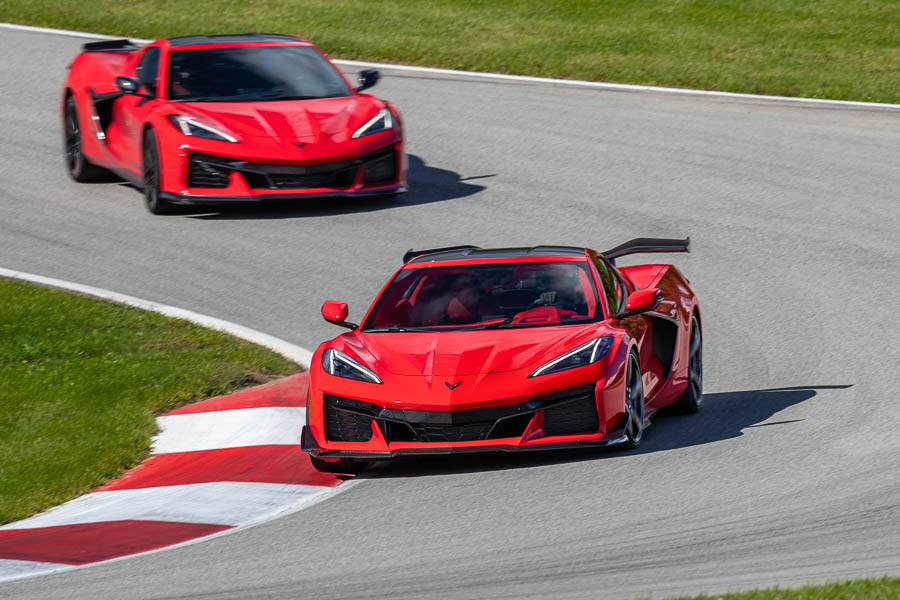 “The best American sports car ever made” is fitted with some of the most efficient, most technically advanced wheels on the planet. The 2023 Corvette Z06 has received glowing reviews from North American automotive and business media, who spent time on the racetrack and Pennsylvania roads with the latest version of the iconic sports car.

In particular, the carbon fibre wheel option – supplied by Carbon Revolution – was lauded by several media outlets for its ability to further enhance the Z06’s astounding performance on the track, and transform its style.

How much lighter are the Corvette Z06’s carbon fibre wheels?

The five-spoke, single-piece carbon fibre wheels, which resulted from a five-year collaboration between Carbon Revolution and General Motors design and engineering teams, save 41 pounds of unsprung, rotational mass.

How much faster is the Corvette Z06 with carbon fibre wheels?

Engineers from GM and key suppliers, including Carbon Revolution, Brembo and Michelin were on-hand to take guests through the Corvette Z06 and some of its most important features.

Can you feel a difference between the Z06’s carbon fibre and alloy wheels?

“If the base Z06 feels like it’ll stop right now, the Z07 feels like it already stopped yesterday… The steering response is immediate and pinpoint precise.”

How do carbon fibre Z06 wheels fare on the road?

While the carbon fibre wheels pay dividends on the track, GM and Carbon Revolution engineers tested wheels extensively in labs and on roads, to ensure the wheels would stand up to the rigours of daily driving.

As well as adding further street-cred to the Z06, the five-spoke carbon fibre wheels have been designed to the same OEM standards as OEM alloy wheels, and must meet GM’s stringent criteria around fatigue life and impact resistance.

“Even daily driving you can sense the stiffness… it’s not just lighter, it’s stiffer laterally so you can feel that.”

When does the Corvette Z06 go on sale?

The carbon fibre wheels – the widest Carbon Revolution has produced to-date and the company’s first five-spoke design – are available as an option on the 2023 Corvette Z06, which is now on sale in the United States.

Following on from the C8 Corvette Stingray, the Z06 will also be made in right-hand drive from factory and sold in various global markets.