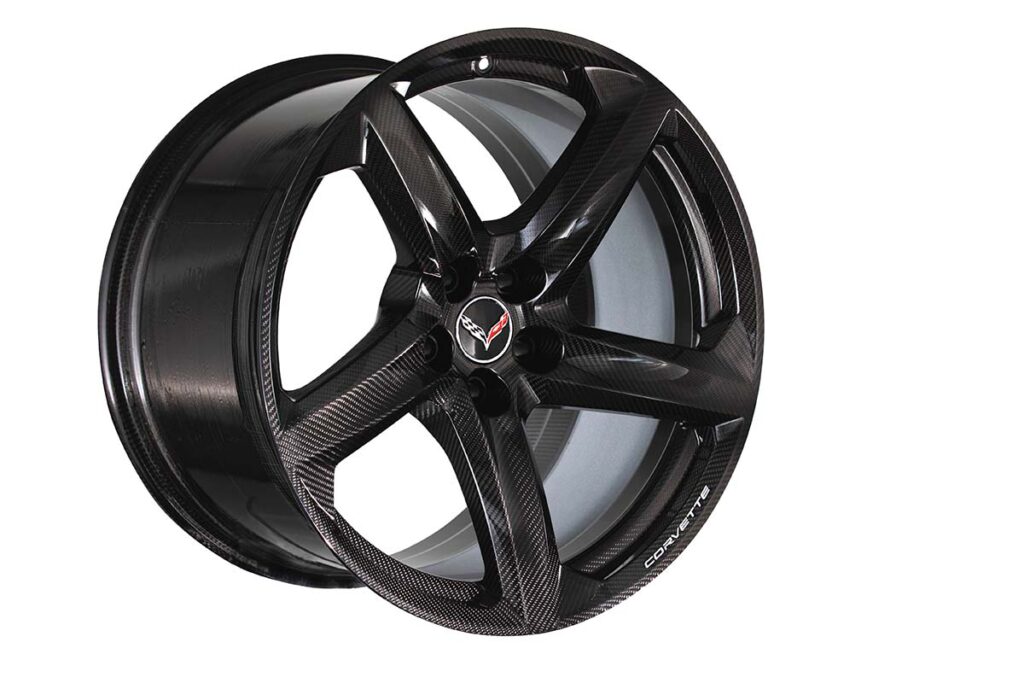 Carbon Revolution has announced that it will supply the carbon fibre wheels available on the 2023 Chevrolet Corvette Z06.

With order books soon open, Corvette customers can option the lightweight wheels as part of the Z07 package on the coupe and convertible models, reducing the car’s unsprung mass by 41lbs (18.6kg).

Carbon Revolution CEO, Jake Dingle, said the company was proud to commence a partnership and supply agreement with General Motors.

“To have collaborated with GM to create the carbon fibre wheel for the new Z06 has been a great honour,” Dingle said.

“The performance capabilities of the Z06, as well as the decision to create a five-spoke wheel design, meant that our engineering teams had to drive our world leading carbon fibre wheel technology to new places for this project.”

Speaking after the reveal of the Z06, Corvette Executive Chief Engineer, Tadge Juechter said the Carbon Revolution wheel was “much, much stronger” than an aluminium wheel.

When asked to quantify the lap time improvement, Juechter said it would be one to 1.5 seconds over a two-minute lap, “equivalent to a fair horsepower increase.” 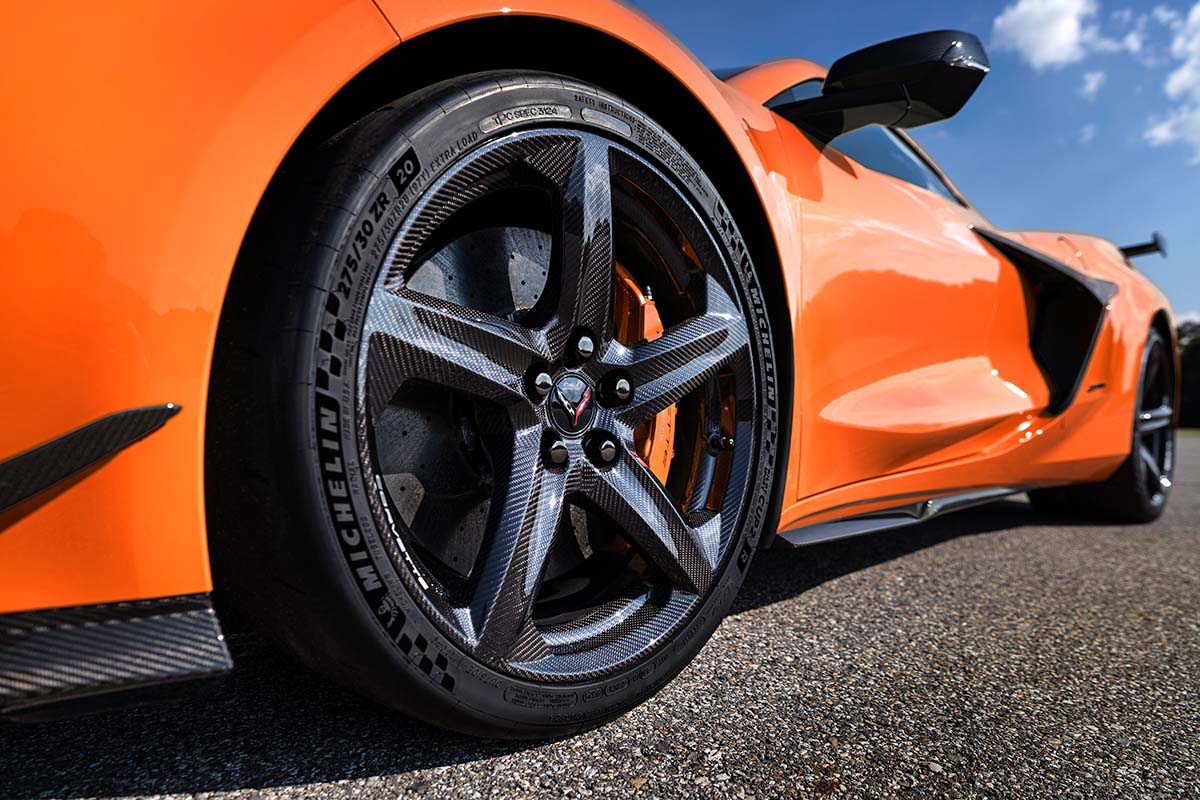 Five-years of design and engineering

Numerous design details are incorporated within the five-spoke design which are a first for Carbon Revolution, and indeed world firsts. A unique, asymmetric spoke design aids in strengthening the wheel while meeting the packaging requirements for the Z06 brakes.

The design also saw Carbon Revolution engineers incorporate a feature called a ‘ski jump,’ which diagonally connects the front of the spoke laminate with the back of the spoke laminate. This is the first time the team has included this technology in a production wheel. The technology improves the wheel’s performance while maintaining maximum weight savings.

“The final product is one that our team is very proud of and genuinely enhances the performance of the Z06.”

The rigorous five-year program of R&D, design, testing and validation saw Carbon Revolution and General Motors engineers collaborate on all aspects of the developing the wheel, and integrating it into GM’s Bowling Green Assembly Plant in Kentucky.

The wheel will be available in a clear coat option that exposes the carbon fibre weave and Carbon Revolution’s patent-pending Diamond Weave Technology finish. GM will also offer a painted variant.

The wheels will be manufactured at Carbon Revolution’s Waurn Ponds facility, and assembled in the USA. 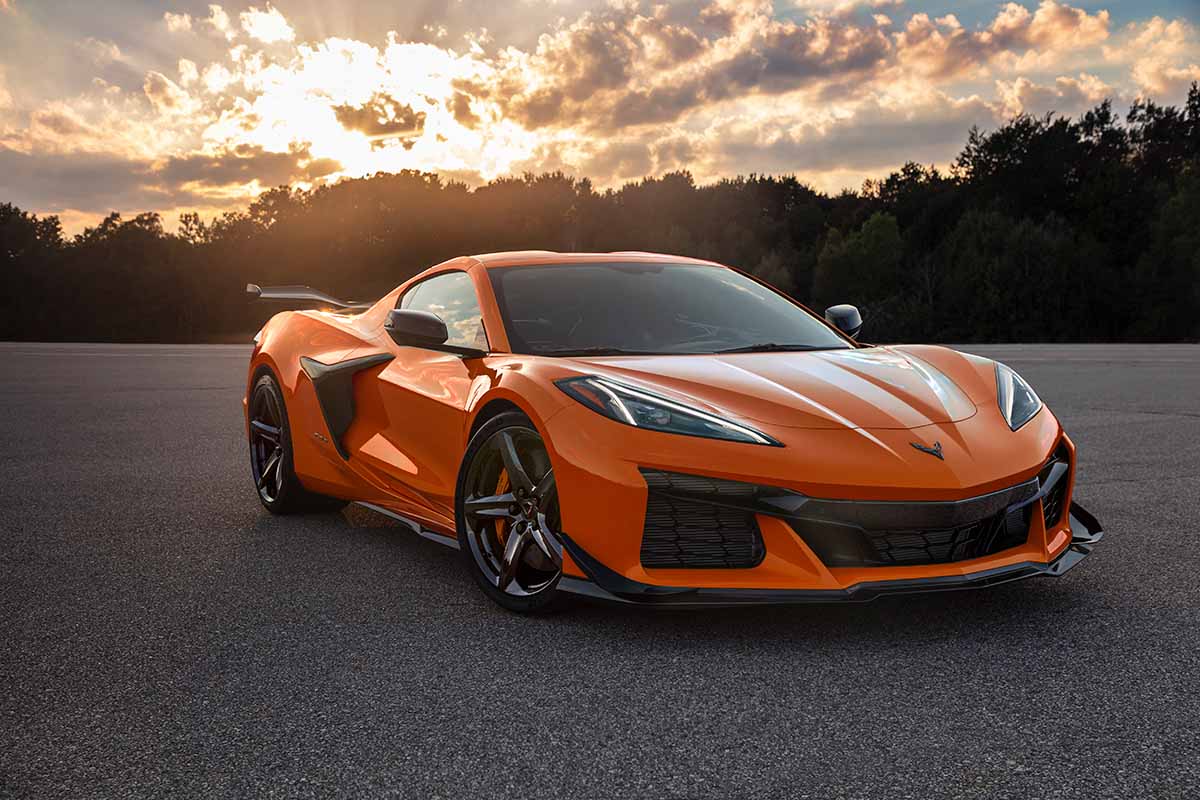