Carbon fibre components include the front splitter, side sills, engine louvres, rear diffuser and most prominently, the 20-inch wheels.

Driven more than 265 laps over eight days in January 1966, chassis No. P/1016 became a laboratory on wheels as the teams worked to redesign brakes, suspension and tyre setups to be more competitive. They had one goal – to win at the 1966 Le Mans race. 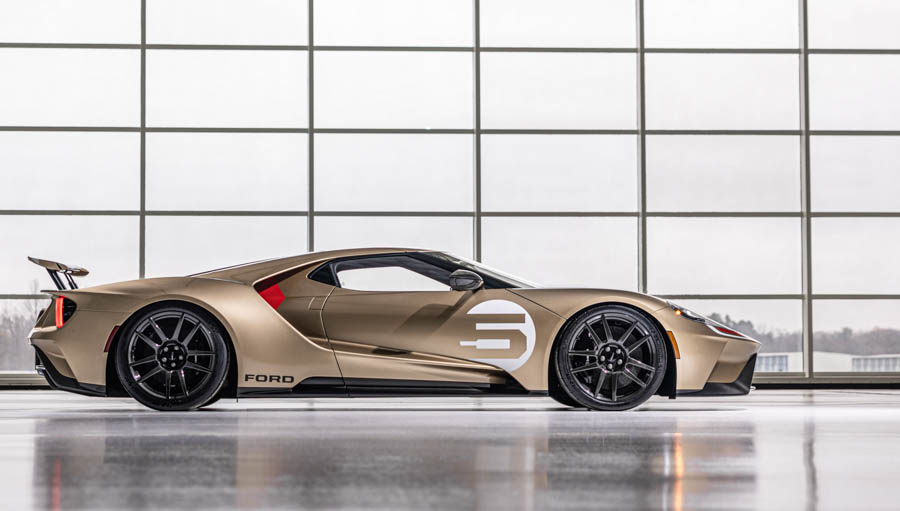 The Carbon Revolution 10-spoke wheels are structurally stiffer than the standard aluminium wheels offered on the Ford GT, while at the same time saving two pounds of unsprung, rotating weight per wheel.

This step-change in efficiency results in improvements to mechanical grip, steering feel, acceleration and brake performance. The combination of these benefits allows faster lap times and an incredible driving experience.

Ninth in the series 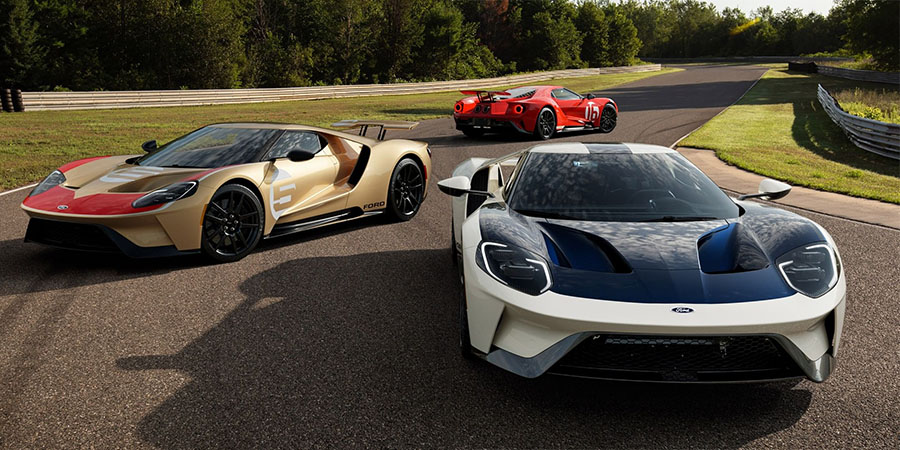