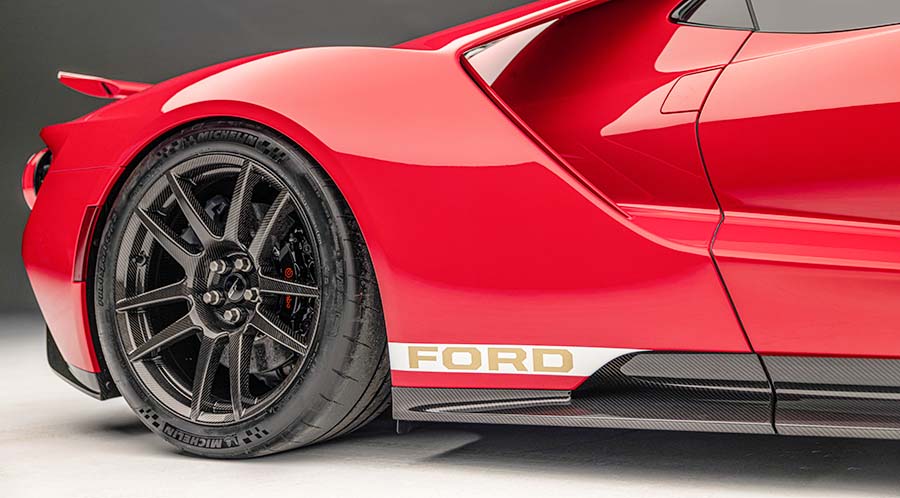 Displayed at the 2022 Chicago Auto Show alongside the original AM GT-1 prototype, the limited edition 2022 GT includes a dual over-the-roof racing stripe, Frozen White signature accent stripes and roundels with No. 16 on the doors, bonnet and underside of the rear wing.

The Carbon Revolution wheels are structurally stiffer than the standard aluminium wheels offered on the Ford GT, while at the same time saving two pounds of unsprung, rotating weight per wheel.

On the track, and the road, this translates to increased mechanical grip, better steering feel and improved acceleration and braking. The combination of these benefits allows faster lap times.

In 1965-66, Alan Mann Racing used lighter materials to create the AM GT-1 prototype, along with a second car, based on the Ford GT Mk I. Lessons learned from the use of these lightweight materials improved the capabilities of the GT40 and helped Ford win Le Mans with the GT Mk II in 1966.

Today, Carbon Revolution carries on that weight saving philosophy, on the most impactful parts of the vehicle to improve performance, handling and efficiency, on the road and the racetrack.